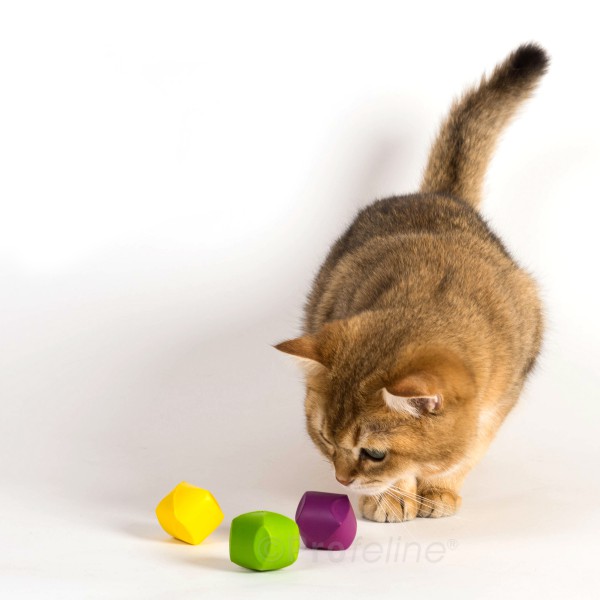 The unique dice to throw and catch - designed by the famous cat whisperer Jackson Galaxy.
The smooth surface and rounded edges make them particularly for the playtime on the ground and they do not disappear under a cabinet.
Thus hours lager fun is guaranteed.

Who is Jackson Galaxy?
Jackson Galaxy explored the behavior of cats for over 20 years. Born and raised in New York USA. Jackson is host of the popular American television show "My Cat From Hell" - Jackson Galaxy can be seen since 2015 in the German TV channel Animal Planet.
In the TV series the cat whisperer is hosted by helpless cat owners. Jackson Galaxy helps cats friends in raising their four-legged friends and feel conflict sources. With the help of his guitar suitcase full of cat toys he deals intensively with the velvet paws and first investigated the cause that is behind their behavior.

write a review
reviews will be published after being checked